Most of us probably replaced our old and clunky bedside clocks with smartphones ages ago. With a built-in alarm and an always-active battery backup, it’s usually a reliable way to get up in the morning. However, throughout this week, Google’s Clock app hasn’t been activating alarms properly for some users, causing massive headaches for anyone afflicted. Thankfully, a fix has arrived.

Over the last week, countless users have taken to Reddit to complain about missed alarms (via Android Authority). The problem seems most common with Pixel users, where Google’s Clock app is pre-installed as the default choice, but Oppo and OnePlus devices have also been included in the mix. Some users have described alarms being completely missed, with absolutely no sound or notification, while others noticed their phones vibrating for just a moment before turning off. 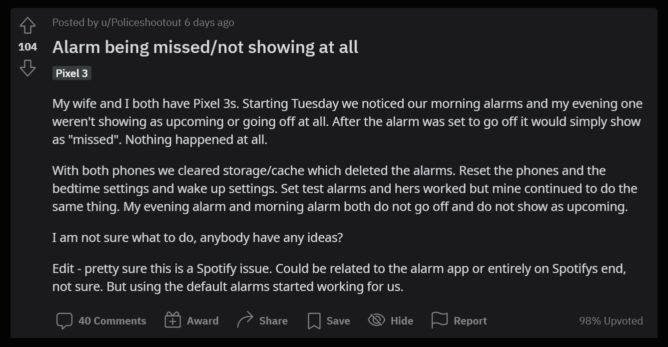 There appears to be some sort of link between Do Not Disturb and missed alarms, with some reports stating they fixed the issue by ensuring their devices weren’t silenced overnight. Likewise, some users made a connection between the app’s Spotify integration and missed alarms — even reporting the bug on Spotify’s help site and suggesting to use different tones for waking up. In both cases, the suggested fixes didn’t work for everyone, suggesting this is a more significant issue with the app as a whole. 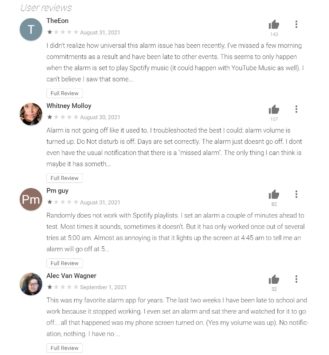 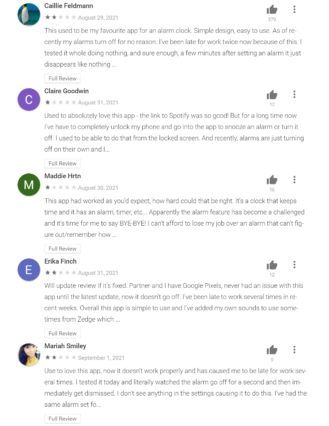 It’s unclear how many devices are impacted by this. I couldn’t recreate the error on any of my phones on either Android 11 or Android 12. It’s undoubtedly widespread enough to invite a flood of one-star reviews on the Play Store, as well as an Issue Tracker thread (via XDA Developers). According to that filing, Google has passed the problem along to its product and engineering teams and “will continue to provide updates as more information becomes available.”
For now, if you’re using Google’s Clock app, you might want to consider switching to an alternate third-party service from the Play Store to ensure you wake up on time. Or maybe it’s finally time to bring back bedside clocks.
Google confirms a fix is coming

After publishing our post, stories continued to flood Reddit and other social networks with users experiencing similar issues. One post delivered a PSA to users to avoid the app’s Spotify integration, which, as we highlighted above, seemed to be one of the most likely culprits. Google’s Pixel Community account on Reddit commented on this post, confirming that the built-in music service was, in fact, causing devices to silence their alarms.

While this doesn’t account for anyone who’s had a missed alarm without using a Spotify track, most users seem to be finding success with sticking to device sounds rather than a playlist from their personal library. So until a fix rolls out, try to stick to your device’s default list of ringtones. Save your Steely Dan mix for when you hop into the shower.
Spotify fallback

Google pushed out an update yesterday morning to its Clock app that, while not including a changelog, seems to lay the groundwork for a fix to arrive in the coming days. According to reports on Twitter and from the reviews section on the Play Store, Spotify-synced alarms that fail to trigger now fallback to Android’s default alarm tone. This likely pairs with Spotify’s statement that a fix would arrive sometime this week, though it’s unclear if that patch has arrived just yet.

If you’re relying on Google’s Clock app to wake up every morning, make sure you’re running version 6.4.1 by updating through the Play Store or installing the APK at APK Mirror. However, if you can, I’d suggest sticking with a third-party alarm app for a little while longer. Enough negative reviews are still rolling in to suggest the app is still experiencing some bugs, and it’s not worth risking your morning routine if Google hasn’t fully solved the issue just yet.
You can also try out Google Clock v7 — designed for Android 12 but with support for older devices — though there’s no evidence as to whether this version is fixed as well.
Google says it’s fixed

Just in time for the weekend, Google and Spotify have solved the missing alarms issue. According to the official Pixel Community account on Reddit, both companies have pushed out updates to fix this bug. On Google’s part, that’s Clock 6.4.1 — the same version we saw yesterday that included the ability to fallback to a default alarm if music sync is broken. As for Spotify, the Play Store also shows its app was updated on September 8th, though we don’t have an APK to match it.

Google’s post says to make sure both apps are updated to stop your phone from missing alarms.

Subscribe to Android Police’s weekly newsletter, with the biggest stories, latest deals, and insight on the week’s news. Just enter your email below.

Do you prefer round or rectangular smartwatches?