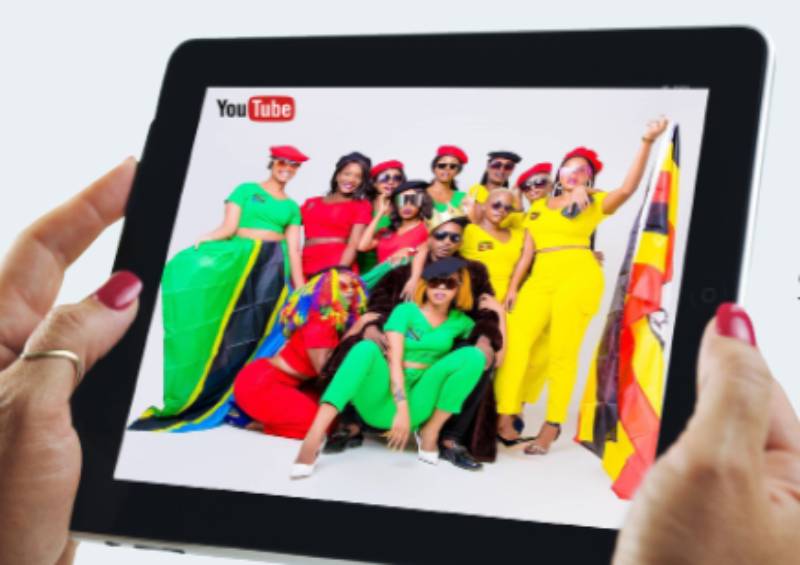 Kenyan YouTube content creators are expected to submit their tax information to the video-sharing platform by March 31 in order to avoid a hefty 24 per cent taxation on their earnings.
In a new requirement, the Google-owned service will require content creators to pay tax to the United States.

YouTube wrote a statement to creators, informing them of the condition that is set to begin in June.
“We are reaching out because Google will be required to deduct US taxes from payments to creators outside the US later this year. Over the next few weeks, we will be asking you to submit your tax info in AdSense to determine the correct amount of taxes to deduct, if any apply,” read the message by YouTube.

Biden warns of another attack on Kabul Airport

‘Alela’: Short film that seeks to inspire young girls, to premiere online
Google locks Afghan government accounts as Taliban seek emails
Youtube to pay popular content creators Sh1 million
Biden warns of another attack on Kabul Airport
YouTube creators monetise their posts through the AdSense service, which allows them to collect a percentage of advertisement revenue from their videos.
“Google has a responsibility under Chapter 3 of the US Internal Revenue Code to collect tax info from all monetising creators outside of the US and deduct taxes in certain instances when they earn income from viewers in the US,” wrote Google in their statement, adding that tax would be deducted from content targeting US viewers.
As of 2020 there were more than 37 million YouTubers worldwide earning a living from the platform. The tech giant has a wide-reaching audience, with more than 2 billion active users monthly.
The move comes after the arrest of local comedian Eric Omondi by the Kenya Film Classification Board (KFCB) compliance officers over his YouTube show Wife Material.
A statement by KFCB explained that Eric was arrested for producing and distributing unauthorised films, contrary to the Act’s provisions, which, among others, prohibits the exhibition or broadcast of films without a certificate of approval from the regulator.
“Protection of children from exposure to harmful content remains our core mandate. Any artist producing content for public consumption must ensure they comply with provisions of the Films and Stage Plays Act Cap 222 of the Laws of Kenya,” read the statement.
On social media, Kenyans were divided, with many questioning the arrest. “Isn’t this the same as what YouTube content creators do? I wish Kenya would promote talent, but in other news, this will give traffic to the show,” wrote Brianna Matheka on Twitter.
Another social media user, Gakuo Munene, posed the question to KFCB boss Ezekiel Mutua: “Are you insinuating that all YouTube creators in Kenya should seek a license from you to upload content they create?”
Eventually, the self-proclaimed president of comedy, Eric, apologised. "I have apologised to KFCB and the general public because I realised that some of the scenes from #WifeMaterial2 were offensive and obscene," Eric wrote in his social media account.

The performance was mainly driven by growth in interest income, particularly in the small and medium enterprises.